As Massachusetts senator Linda Dorcena Forry and state representative Nick Collins outline in their op-ed for the Boston Herald, the South Boston Waterfront is brimming with billions of dollars worth of economic development towards innovative businesses, distinguished restaurants, exciting nightlife, and towering skyscrapers; but despite its growth, the neighborhood is nearly inaccessible to many residents of the Greater Boston area. Boston’s plans for economic growth are moving along at full speed, but given the dearth of connectivity and equity in the city’s public transit system, many are left behind.

By extending the Fairmount commuter rail line to the South Boston Waterfront, the city would see large returns on their investment. Between reducing traffic, improving access to one of the city’s fastest growing districts, and facilitating the growth of high-paying jobs to all of Boston’s residents, the cost would amount to a small portion of other rail extension projects currently in motion.

Included in an agreement to mitigate air pollution from the Big Dig, the state committed to improving the Fairmount line back in 2005. Most of the infrastructure for the line is already in place via Track 61, an out-of-service line running from the Newmarket area to the waterfront. In 2013, Governor Deval Patrick and his team proposed using Track 61 as part of the comprehensive 2015 South Boston Waterfront Sustainable Transportation Plan.

The plan resulted from a yearlong study that forecasted rush hour trips to Seaport will increase by 50% by 2035. Even now, direct rail access to the waterfront area would relieve the major gridlocks currently afflicting the district.

Connecting South Boston Waterfront to under-served neighborhoods would expand economic opportunities for those living in areas like Uphams Corner, Fields Corner, Mattapan, Hyde Park, and Readville. As a city with one of the greatest disparities of wealth in the U.S., it’s time we close the gap—and transit connectivity is a key element of that solution. 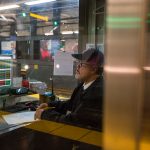 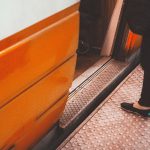