According to an April 24th statement from officials, commuter rail coach shortages, which have been the cause of overcrowding on these lines since mid-March, will continue for a few more weeks.

Keolis Commuter Services, whose operation of the commuter rail is a part of a 2.7 billion dollar contract with MBTA, has not run an adequate number of coaches and locomotives for commuter lines since March 13, citing a maintenance backlog due to damage to machinery used in wheel repairs.

However, figures from the group show that there were more coaches available for use throughout much of April, despite the fact that they were still not operating the appropriate number of coaches.

Keolis general Manager David Scorey told MBTA’s oversight board, “We’ve got a plan for the maintenance catch up,” with officials from the company promising service improvements as refurbished locomotives and other equipment becomes available for use.

One board member, Poftak, is closely monitoring the progress made by Keolis, stating,“I’m glad we’re doing better . . . but everyone shouldn’t feel like we’re home free. . . .we still have a lot of work to do to make sure we have a consistent level of locomotives.”

Keolis was required to run 362 coaches daily in March, but by the end of March was only operating 331 coaches. 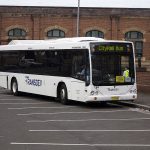 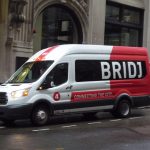