Last week multiple sources reported on new federal data ranking the MBTA service the worst in the nation. Stories from NBC Boston, The Boston Herald, WCVB, highlighted the findings from The Federal Transit Administration, which showed that over the year of 2016 the MBTA had the highest level of commuter rail breakdowns in the nation, totaling 338 mechanical failures.

Speaking to The Boston Herald about the new data, the director of Transportation for Massachusetts stated, “It’s fair to say this data confirms what a lot of commuter rail riders already know: This system is not working as well as it needs to [in order to] meet the needs of the people who rely on it,”

In response to the reports, Keolis officials acknowledged the findings and stated that they are working to add an increased number of trains and cut down on cancellations.

Joe Pesaturo, spokesman for the MBTA told reporters, “The MBTA has been working closely with Keolis to improve performance and reliability through hundreds of millions of dollars in both infrastructure and rolling stock improvements.” 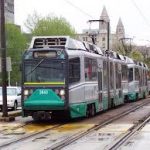 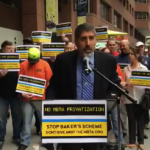