A recent analysis by the Globe reports a quadruple increase in cancelled commuter trains this fall as compared to last fall. Keolis, the for profit company contracted to operate the commuter rails, has notoriously struggled to keep up with maintenance and train schedules, however this fall marks the sharpest increase in cancellations since the winter of 2015.

The Fairmount Line, which services some of the system’s lowest income and most diverse communities, experienced twice as many cancellations compared to any other line since Keolis took control of the commuter rails in 2014. Keolis admits it has a major backlog of federally required inspections and notes that many of their cars sustained substantial damage due to the record-breaking winter of 2015. However, almost a year later, cancellations seem only to have increased. With a spotty maintenance track record and disproportionate cancellations under Keolis, the promised advantages of allowing more private companies to operate our public transit are clearly yet to be seen. 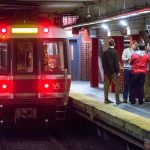 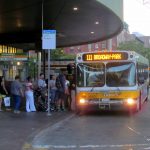 MBTA Officials continue to push privatization despite struggles with KeolisNews