In a recent post for the Conservation Law Foundation, Rafael Mares responds to Governor Baker’s statement that a fare hike for T riders may be in order. Responding to Baker and MBTA claims of a looming $111 million deficit, Mares states, “There is no budget crisis, no deficit. Yes, it’s all make-believe.”

Mares goes on to explain that there are three revenue sources funding the T, including 1) state sales tax, 2) income generated from real estate transactions, advertising, fares, and parking fees, and 3) an “annual state appropriation” totalling $187 million which stems from the 2013 Transportation Finance Act. However, when discussing the T budget deficit Baker conveniently leaves out the additional $187 million, that he prefers to divert towards other projects in lieu of MBTA operational expenses. Additionally, the legislature has offered additional funding for public transit since 2013, which Baker has continued to turned down.

This refusal to invest in public transit despite the fact that more than enough funding is available is “irresponsible, inequitable, and somewhat dishonest,” states Mares, especially considering that the T not only benefits riders, but also the state as a whole as it boosts the economy and cuts down on already congested roadways. 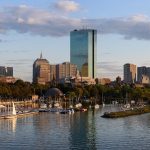 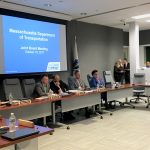