New Op-ed Urges “Don’t Give Away the MBTA, Governor Baker”

Robert Martinez, Jr., the International President of the International Association of Machinists and Aerospace Workers, recently wrote an op-ed for the HuffPost, calling on Governor Baker to stay true to his word and end his attempts to privatize MBTA operations.

In his article, Martinez describes Baker’s current attempts to give control of MBTA bus fleets to private companies, stating that if this happens,” Taxpayer dollars would be funneled to unreliable, often fly-by-night companies and Massachusetts would lose more accountability as it struggles to find solutions to its public transit woes.”

Martinez also discusses unionized mechanics of IAM Local 264’s proposal that would save the MBTA $29 million annually, which included sacrificing a 2.5% pay increase in July of this year. The savings plan, which went above and beyond the $21 million in savings requested by the MBTA, was rejected by Brian Shortsleeve of the MBTA’s Fiscal and Management Control board, demonstrating the Baker administration’s true interests in privatization. Martinez says, “This is about short-term corporate profit, not the long-term viability of MBTA and certainly not improving service to riders,” going on to state, “We must unite and fight back against these wealthy individuals and corporate funders who promote privatization schemes and insider dealing.” 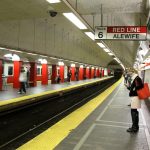