On August 11th the Boston Herald reported that two customer service ambassadors from the privately-held company, Block by Block, were fired after a physical confrontation with a disabled rider who attempted to enter the fare gate without showing a pass. The company recently took over a $4.1 million contract for staffing MBTA stations with customer service representatives, outsourcing jobs that were previously filled by unionized MBTA workers. Starting on August 2nd the private contractor began staffing two stations, with plans to expand service into 20 stations over the next few weeks.

Less than two weeks into their contract with the MBTA, the company was forced to fire two representatives after they refused to let a sight-impaired man pass the fare gate without a Transportation Access Pass. When the man tried to follow other passengers through the gate, the employees used physical force to stop him, which resulted in what MBTA officials referred to as a “physical confrontation” in which the man’s walking stick was dropped and then tossed away by one of the Block by Block representatives.

This story not only demonstrates a lack of employee training and preparation on the part of Block by Block but also highlights how efforts to privatize core services like the MBTA continue to result in sub par services and contract violations that fail the people of Massachusetts. Following closely behind similar issues with private contractors such as LAZ Parking and Keolis, this story should serve as a reminder of just how important it is for our state to invest in public transportation and services for our communities. 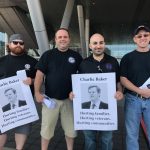 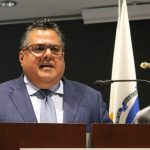