U-Cal and Rugers scholars say investments in public transit pay off exponentially
“Public Transit is Worth Way More than You Think” – CityLab
As reported by The Atlantic, a new study to be released through Urban Studies show that city density spurred by transit can have a range of positive impacts on the economy including estimated wage increases ranging between $1.5 million and $1.8 billion per metropolitan area for every 10 cent increase transit investments. Read more from The Atlantic here or directly from Urban Studies here.
Report: Public Transit Investments Help Fuel Economy2017-03-042017-06-28http://investnowma.org/wp-content/uploads/2016/10/investnow_logo-rectangle_transparent_blacktxt.pngInvest Nowhttp://investnowma.org/wp-content/uploads/2017/03/shutterstock_riders.jpg200px200px
Recent Posts
ABOUT US 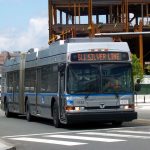