1
According to reports coming out of Wisconsin, TransDev is already facing criticism from transit employees for using forced overtime and for not hiring enough workers. TransDev is one of the private, for-profit outsourcing companies being touted by local privatization hawks in the Bay State despite a growing number of costly failures involving other privatization schemes including with for-profit outfit Keolis. A recent controversial report costing Massachusetts taxpayers $1 million made a number of groundless promises of potential savings through further outsourcing to companies like TransDev. The report itself said very little except for promoting the idea that the transit workforce – a key source of middle income jobs and economic mobility for working parents and people of color – should be downgraded and stripped of current wage and benefit levels. Invest Now will follow developments in Wisconsin closely as the controversies surrounding for-profit TransDev continue to percolate.
TransDev taking heat in Wisconsin for staffing issues, forced overtime2017-03-042017-06-28http://investnowma.org/wp-content/uploads/2016/10/investnow_logo-rectangle_transparent_blacktxt.pngInvest Nowhttp://investnowma.org/wp-content/uploads/2017/03/waukesha-metro.jpg200px200px
Recent Posts
ABOUT US 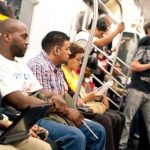 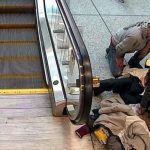