Letter to the Editor: “Privatization efforts tend to overpromise and underdeliver”

A recent letter to the editor in the Washington Post, entitled “Privatization efforts tend to overpromise and underdeliver,” responds to the April 29th story on Metro General Manager, Paul J. Wiedefeld, drawing privatization inspiration for D.C.’s transit services from Boston.

The letter debunks the common myths that privatization efforts save money and improve services, pointing out the lack of evidence backing up these statements, and addressing the political nature of the methods used to estimate projected savings from privatization.

The letter concludes that “Boston’s privately operated commuter rail service cannot be touted as a poster child for privatization,” going on to state that, “more than $7 million in penalties were recently waived and $66 million added to the contract out of fear that the contracted company would bolt.” 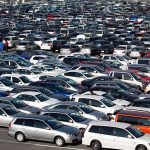 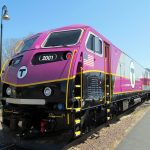 Frustrated Workers Gather to Speak Out Against KeolisNews