WBUR’s Meghna Chakrabarti and Kathleen McNerney recently examined the turnaround record of newly appointed MBTA head, Luis Ramirez, in his previous position as CEO of Global Power Equipment Group. Their findings revealed that following Ramirez’s resignation from Global Power in 2015, the Securities and Exchange Commission is investigating the company’s financial records during his years as CEO and a group of individuals who invested during this period have filed a class action lawsuit against the company.

The lawsuit, filed in a district court in Texas, alleges that “Mr. Ramirez didn’t take proper steps to report errors. And in fact, the company reported those financials with errors in place.” The suit also alleges that Mr. Ramirez was made aware of the financial issues on multiple occasions, with the attorney for the plaintiffs, Jeffrey Block, stating, “Our investigation from the confidential witnesses that we spoke to, who are all people who worked at Global Power, stated to us that they informed Mr. Ramirez of a number of financial problems and that no steps were taken to correct those errors prior to those financial statements being released to the public.” Other allegations include Ramirez holding an Atlanta-based meeting in 2014 regarding the declining financial state of a business unit of Global Power, but going on to file an erroneous annual report despite this information. Attorneys representing Global Power and Ramirez did not reply to WBUR’s request for comment, however, they have filed a Motion to Dismiss.

Meanwhile, a spokesperson of the MBTA stated that they were aware of the lawsuit before hiring Ramirez, stating, “During the extensive vetting process, nothing was found that would preclude the MBTA from making an offer to the candidate. The court system is overloaded with business-related disputes such as this one.” 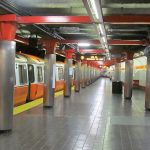