On May 17th MBTA mechanics escalated their campaign to defend taxpayers, workers, and riders against the latest proposed MBTA privatization scheme by calling on legislators and the MBTA Fiscal Management Control Board to reject proposals that would outsource core MBTA bus maintenance services to corporations like TransDev, which recently came under fire for major service failures around the globe. Mechanics and supporters spoke out for long overdue investments in public transit and against the MBTA surrendering control of core services to for-profit corporations.

A recent report from the INVEST NOW coalition showed that the MBTA spends a smaller percentage of its budget on maintenance salaries than most large transit agencies. The report debunked misleading claims from the right-wing Pioneer Institute and showed that, adjusted for cost of living, MBTA bus maintenance workers received pay that is in line with national averages (just 2 percent above), according to public data.

“It’s time to have a real conversation about investing in public transit for the benefit of riders and businesses,” said Mike Vartabedian, an IAM Local 264 representative with more than 20-years experience fixing MBTA vehicles. “Riders have suffered enough under Keolis and other for-profit operators who aren’t accountable to the public. Masquerading as reform, a growing list of privatization disasters have done damage to our transit system and to the state budget. It’s time to start talking about revenue and public transit investment for the benefit of Massachusetts riders, businesses, workers, and taxpayers. Real reform is possible if the MBTA collaborates directly with its workforce rather than with unaccountable private operators who don’t care about our state.”

“We won’t let core public services like MBTA bus maintenance be dismantled and destroyed,” added Vartabedian. “We’re calling on the legislature and the Fiscal Management Control Board to stand with riders and workers to protect our public transit and taxpayers. We care too much about the safety of our riders and our craft to let another costly, underbid privatization scheme destroy the MBTA bus maintenance department.”

As the tide turns against right-wing privatization efforts in the dramatically underfunded MBTA, public transit supporters say that MBTA officials should look to the workforce for fact-based, collaborative solutions through collective bargaining. There is growing consensus that the MBTA’s largest privatization efforts have been failures. Since the MBTA allowed for-profit Keolis to take control of public commuter rail services, the results for riders and taxpayers have been disastrous. Millions have been spent to bail out the for-profit company after they underbid their contract. Data shows that Keolis continues to struggle with providing on-time service, despite massive taxpayer bailouts.

Outsourcing contracts, including with S.J. Services, ABM Industries, and the Maine Military Authority, have been dramatically underbid, costing taxpayers millions. Underbidding has caused major repair delays to key MBTA fleet vehicles and attempts by janitorial contractors to rip health insurance from workers. More recently, a private contract between LAZ and the MBTA allegedly resulted in millions of stolen proceeds, and BRIDJ, a private bus company eyed by some MBTA officials as a possible replacement for public buses, collapsed in dramatic fashion.

“Handing control of public transit to for-profit corporations has been a very bad deal for Massachusetts taxpayers, workers, and riders,” said Michael Haywood, an 11-year MBTA mechanic and IAM 264 shop steward. “Just look at the disaster with handing over the commuter rail to Keolis. We care about our riders, and we don’t want to see the same expensive nightmare happen again by privatizing core bus services.”

Despite a diverse and aging fleet of buses, federal data shows MBTA mechanics to be the best performing in the nation. The latest available data indicates MBTA busses travel an average of 12,964 between breakdowns. That is the best performance in the country by more than 6,000 miles. In fact, the invention of Haywood, by an MBTA mechanic and IAM 264 member, is credited as playing the key role in improved winter performance by the MBTA this year. Public transit advocates warn that losing this kind of ingenuity and experience to outsourcing could destabilize the MBTA bus system.

“Too many of the bus routes are not running frequent enough schedules to serve our riders as it is,” said William Hallsen, a 15-year MBTA mechanic and IAM 264 shop steward at the Everett garage. “Ceding control of bus maintenance to a for-profit company who will underbid, get rid of experienced mechanics, and cut corners is absolutely not the solution. Frankly, it’s dangerous.”

“Enough is enough,” said Vartabedian. “When you talk about destroying the best performing bus maintenance department in the country, that’s not a business decision—that’s a political decision. These for-profit, out-of-state companies can make up all the numbers they want to get their claws into the system, but when they lie or don’t deliver, Massachusetts residents pay the price—and that’s not right.” 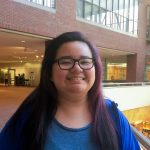 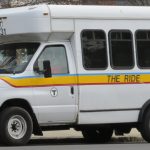 Increase in complaints from passengers of The RideNews