In a recent op-ed for Commonwealth Magazine, entitled “Baker taking T privatization too far,” State Senator John F. Keenan explains how years of deferred maintenance and failure to invest in the MBTA infrastructure led to major issues in the winter of 2014/2015. Ultimately, this embarrassing failure on part of Massachusetts resulted in the Legislature voting to pass Governor Baker’s proposals regarding transportation reform.

However, Keenan states, “The privatizing of the MBTA’s core services was not a part of this understanding, nor did we intend to negatively affect the lives of hundreds of hard-working men and women who serve the Commonwealth every single day.” In fact, when proposing the legislation Keenan points out that, Baker himself stated, “This isn’t about privatizing the MBTA” going on to state “I do not want to privatize. I do not want to slash services. I do not want to lay off hundreds of T employees.”

Regarding Governor Baker’s continued attempts to privatize core MBTA services and threats to union jobs, despite these promises, Keenan writes, “As a state, we should be focusing on long-term solutions that retain a trained and expert workforce that is properly equipped and fairly reimbursed for its niche skills and important services.” He goes on to state, “It is a disgrace to believe that we need a private company, focused on profits, to come in and fix our mistakes, all while putting the individuals who keep the residents of this state moving every day at risk of losing their livelihoods.”

Keenan concludes that if Massachusetts had invested in MBTA infrastructure and maintenance decades ago, the state would not be facing these issues today. Instead of looking for quick fixes, like privatization, he emphasizes the importance of learning from past mistakes and investing in public transportation and a strong workforce. “Otherwise, these quick fixes will result in still more breakdowns when we need public transportation the most; except if the governor succeeds in privatization, this time it will be without the proper workforce to clean up their mess.”

You can view the full story here. 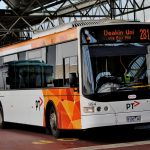 Over 30 TransDev Buses Decommisioned Due to Safety ViolationsNews 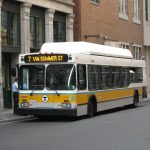