Sweeping Safety Concerns Under the Rug

In October of this year, the Boston Globe reported that the Green Line had the most derailments of any light rail in the nation in 2015. This staggering figure was only made public after the Globe put in public record requests for a state audit that was conducted last year. The audit identified lapses in maintenance and the use of poorly-designed, outdated cars as reasons for the derailments, issues that could stem from underinvestment. The results and implications of the audit have rarely been discussed in public meetings and when they were, not all derailments were mentioned.[1]

Up until this point, Baker and the MBTA gave the impression that they engaged in transparent and open conversations concerning all matters related to the MBTA. By failing to discuss the audit of the Green Line, the administration has kept the public in the dark about the magnitude of the derailment problem. The derailments are clear evidence of the greater need to invest in our vastly underfunded public transit system.

[1] “The Green Line had the most derailments in the nation last year,” Boston Globe, October 2016. https://www.bostonglobe.com/metro/2016/10/12/green-line-suffered-little-noticed-string-derailments-over-past-two-years/xZhLbzp01WLdBs9hhO9NNN/story.html
Image: Adam E. Moreira 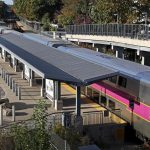 Relationship with Keolis – Too Close for ComfortNews 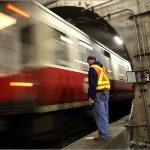