Tension between MBTA and Keolis during winter storm

On January 6th, The Boston Globe reported that T officials rebuked commuter rail contractor, Keolis over its failure to provide consistent service during last week’s winter storm. The storm was considered to be the T’s biggest test of its winter weather preparedness since the 2015 storms that prompted an overhaul of the MBTA by the Baker administration including the investment of $100 million in new equipment and infrastructure, changes in management, and easing of restrictions on privatization.

As the storm hit on Thursday, commuters using the private contractor’s trains faced “severe delays,” and upwards of two dozen trains were canceled by the company as a result of being ill-prepared for the inclement weather.

Criticising Keolis, Joe Pesaturo, spokesman for the MBTA, issued a statement saying that its commuter rail services on Friday were disappointing. He meanwhile praised the performance of the agency’s bus systems and subway, which are directly operated by the MBTA.

In his statement, Pesaturo said that Luis Ramirez, the general manager of the T met with Keolis executives “and made it very clear that they should raise their level of service to meet MBTA customers’ expectations.”

As tensions continue between the MBTA and its largest private contractor, Keolis, the Baker administration has still not let up on its push to privatize bus maintenance and safety services, despite consistent performance during the recent winter storm. 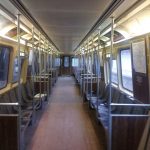 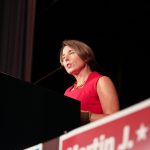