In order to boost a struggling Keolis, the private, for-profit company operating commuter rail lines, MBTA officials announced in October that they agreed to pay Keolis $66M more in addition to their unprecedented $2.68B contract. Since they took over commuter rail operations in 2014, Keolis has struggled to stay financially afloat and provide on-time service. In its first year of operation, Keolis lost $10M.  The following year they lost an additional $30M and are projecting net losses for this year as well.[1]

The transition with Keolis has been anything but smooth. Keolis attempted to mitigate delays and overcrowding with new train schedules, yet customers still complain of lackluster service that is increasingly worse than service experienced under public operation. Customers also experienced dramatic fare hikes since Keolis has come onboard and have yet to see improvements in service.[2] 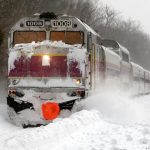