Yesterday, both The Boston Globe and The Boston Herald reported on a letter sent by Massachusetts Attorney General, Maura Healey, to MBTA General Manager, Luis Ramírez, urging the MBTA to carefully review First Transit’s bid and the prior contract that they broke in 2009 that caused a $66 million dollar deficit for the MBTA.

Healey recounts how First Transit “reneged on its commitment to manage “The Ride” leading to a $7.3 million settlement with her office. She quotes the then-MBTA General Manager, Jonathan Davis reflecting on the losses to the MBTA, “First Transit made a calculated business decision to abandon its bid, assuming that the MBTA would roll over and bear the cost. That assumption was wrong …”

She states that while First Transit is again promising improved service at a lower cost, due diligence was “at best, lacking” in 2009, so it is of “paramount importance” that the MBTA review the bid carefully as well their prior dealings, referring MBTA officials to the Chief of the False Claims Division to answer any questions about the state’s history with First Transit.

Tell the Fiscal and Management Control Board to reject First Transit.

Mike Vartabedian, Business Agent for IAM 264, and a former MBTA mechanic, released this statement in response:

“As the Attorney General has made clear, First Transit violated the law and has no place at the MBTA following their egregious abuses of a publicly funded contract at the expense of seniors, people with disabilities, and taxpayers.

MBTA officials cannot ignore this clear warning from the Attorney General about the danger that First Transit represents to taxpayers and riders. For the MBTA to bring back First Transit would be unsafe, financially reckless, and an insult to every taxpayer in this state.” 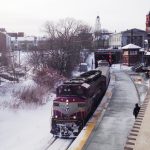 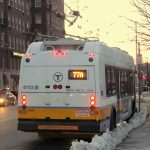