Craig Hughes, special representative for Local 264, which includes frontline MBTA bus maintenance and repair workers, addresses how schemes to outsource at the MBTA have repeatedly failed as the MBTA, and how the MBTA far outperforms other transit agencies on key vehicle maintenance benchmarks.

“The MBTA, the right wing Pioneer Institute, and a cadre of lobbyists are continuing their expensive and controversial push to outsource and privatize our public transit. It’s time to ask what the outcomes have been of such efforts so far in the Bay State.

The answer is that recent attempts to outsource MBTA services have been disastrous and costly. For-profit Keolis running the commuter rail system has been an expensive, scandalous nightmare. Massive protests and filthy platforms finally forced the administration to yield on its failed janitorial outsourcing gambit. And now, the Maine Military Authority has drastically underbid and delayed a key bus repair contract outsourced to them for work that could have been done in Massachusetts.

The privatizers have whiffed on three big pitches. Now, they’re spending taxpayer dollars campaigning for a fourth, fifth, and sixth crack at it. What happened to three strikes and you’re out? The results show it’s time to bench the privatization shills.

In an effort to whitewash their failures, the privatizers recently spent $1 million in taxpayer funds on a “report” from Florida-based TransPro and the notorious outsourcing advocates at McKinsey & Company. The report leans heavily on unsubstantiated numbers. It calls for outsourcing and downgrading transit jobs that provide a key pathway to the middle class for working parents, women, and people of color.

Both sides of the aisle have recognized that outsourcing core services with Keolis was a catastrophe, so much so that the MBTA did not renew Keolis’ contract. And the FMCB has already moved to replace S.J. Services, who failed to provide adequate resources to employees under clearly unsustainable working conditions.

The privatizers and their hired guns are pushing an ideological agenda that says outsourcing always works out better, even though the evidence shows that’s just not the case. It’s bad policy that jeopardizes the retention of vital skills and expertise within the MBTA workforce.” 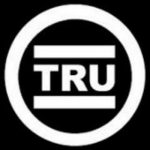